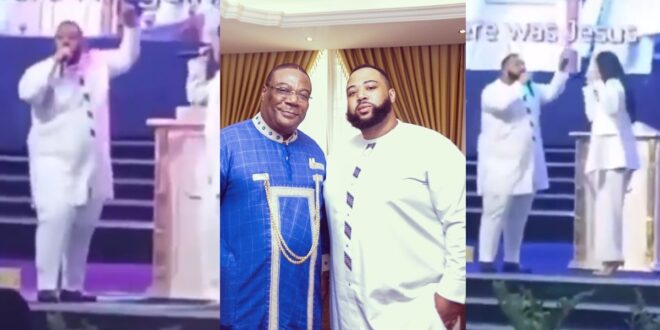 he has odd behaviors, such as stripping in the pool with ladies, using marijuana publicly, and playing secular songs, to name a few..

Many people refer to him as the “prodigal son” because of his behavior.

For the first time, the young man has made headlines for doing something deserving of praise.

On Easter Day, 4th April 2021, he conducted a strong praise and worship service at his father’s congregation, Action Chapel International.

Daniel Duncan Williams, dressed in a white caftan, raised his sweet voice in praise to God.

Many people on social media have thanked him for what he did, with many thinking that he would stay on this path.

He wrote on Twitter after posting the video, “Had to minister today on the day our Lord rose.. what a privilege.” Yeah, “Jesus has risen.”