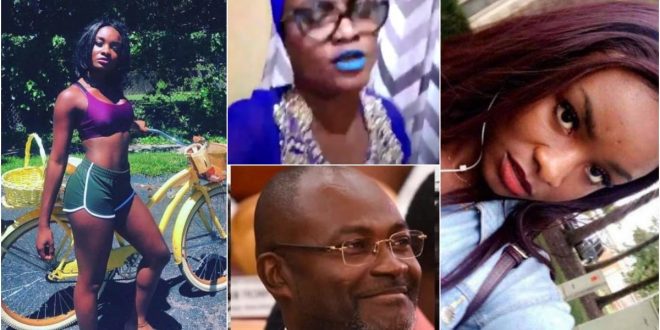 The daughter of Kennedy Agyapong Annel Agyapong has finally opened up on her father’s allegations about her after her mother threw shoots at the Hon. M.P.

It could be recalled that Kennedy Agyapong took to a live interview to disgrace on of his daughter as he claimed she has failed to heed to his advice. Check that out in case you missed it.

Following the incident, the mother of Annel came out and also threw shots at Kennedy Agyapong for his action that day in the interview. Annel on the other hand has also reacted Kennedy Agyapong in her recent social media post.

‘This is long overdue. Outsiders will always pretend to know it all, but for DECADES, you’ve stayed classy and quietly handled (y)our business. Enough is enough! I LOVE you ALWAYS,’ Annel wrote on social media.