With the establishment of an office in Ghana, the topic of Homosexual, Homosexual, Bisexual, Transsexual, Queer and Intersex has been prevalent and dominated radio and TV discussions.

It’s behind this that Ghanaian Black Queens striker Priscilla Adubea attached her name to the buzz.

becoming a lesbian as a footballer is a choice, according to her, as no one can impose it on you, especially if you’re a female footballer.

The fact is, lesbianism is assumed to be among the country’s female athletes, but Adubea, who plays for the Spanish team, Sporting de Huelva, announced that after her football career, she has a boyfriend and would be very happy to be married.

She said she can not criticize or applaud homosexual girl footballers and it is a practice such that no one can influence or discourage them from enforcing it on individuals.

ALSO READ  Thief arrested after he decided to eat banku and soup from the house he was robbing. 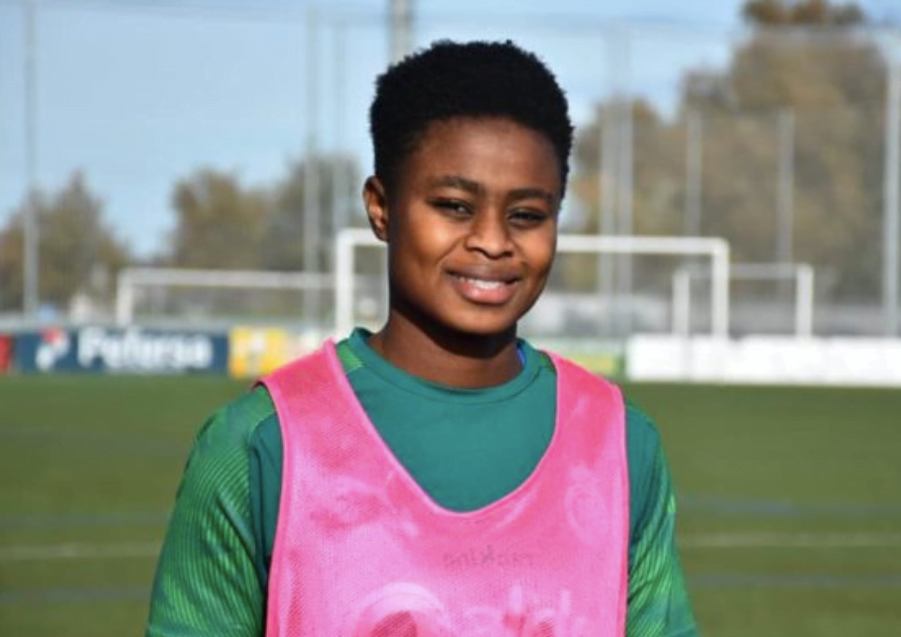 Speaking on Adom TV, she claimed that because of the way they look, woman footballers are often suspected of being lesbians.

“People are practising lesbianism but are not tagged because they are not footballers,’’ she disclosed.

The former star of Ampem Darkoa reported that most Ghanaians do not value female players because of the allegations against them in their sector.

However, she revealed that most female players have boyfriends and clarified that  one female player in her squad gave birth to a baby boy

As a footballer, she said, “When you find a man who knows your profession and is happy to help you, it is the greatest.”

ABOUT AUTHOR
Adinkrah Cyril is an established web designer, computer instructor, and content creator. He creates blog content for bestshowbiz.com as well as it’s associate strings of websites.
As a content creator, Adinkrah is good at his work and his engaging contents have earned him a nomination as one of the best bloggers in the country. Contact Adinkrah Via Email