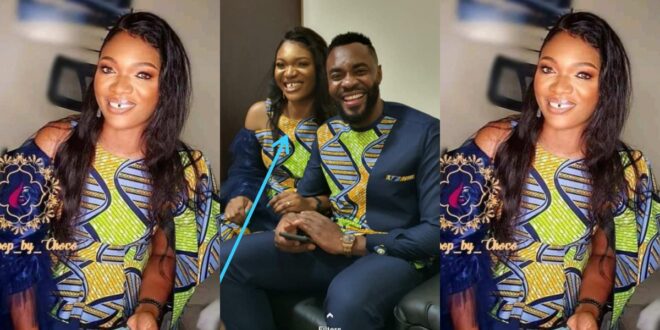 Pretty lady k!lls herself after she found her husband in bed with another woman (photos)

A Cameroonian lady located in Dubai, known as Ndolo Immaculate, allegedly committed suicide over the suspected infidelity of her spouse.

Imma was rumored to have caught her husband, Daniel Sona Epie, in bed with another woman.

Details of the event are still sketchy, but because of her husband’s suspected adultery habit, Imma plunged into despair, according to online sources.

Alenne Menget, a Cameroonian film maker and developer, who reported the event, said that he had been mentoring the Imma. He also discussed with her his last talks in which she conveyed her appreciation for his diligent work and exploits.

“I have been reading stories of the lady who committed suicide this morning.. Got worried because one of her pictures really got her familiar. I decided to look for her name and check her on Facebook account.”

“Only to realize it’s someone have been mentoring. One sincere and honest soul just going like that. RIP Girl… I will drop just this piece below so you realize why I think she was warm and humble”

I have been reading stories of the lady who committed suicide this morning.. Got worried because one of her pictures…

In the meantime, relatives and representatives of the Dubai Cameroonian community took to Facebook to mourn her. A few days earlier, one Charming Prince said they had a conversation.

“Ndola Imma, how I wish this news of your sudden death is not true. To think we had chats both on Facebook Messenger and WhatsApp just some few days back and you couldn’t open up to me as a friend or someone else for help and counselling. Please friends and love ones if we are going through depression or a rough time, let’s try to look for someone to talk to be it a pastor, mentor, family member or friend. We should never think of #Suicide as an option to end misery”

Nche wrote: “Ndolo Imma, you didn’t deserve to die for that which itself is the source of happiness to many ! A counterfeit man wasn’t worth your tears, talk lest of your soul. A tall, intelligent, beautiful, electric, fashionable and genuine person ! Our paths crossed on facebook sometime ago. You were so true and total ! What will make a man do this to you? What will bring you to give up on life? So young ? May your gentle soul rest in peace!”

ALSO READ  "My Tonga is not a stone"- Nana Aba Anamoah