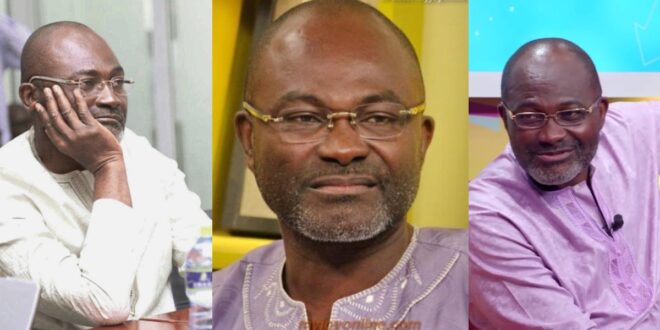 Kennedy Agyapong has said several times that he would tell the facts until the day he dies.

In a recent interview, he spoke out about how certain Nana Addo appointees using their girlfriends and side chicks to serve in positions instead of the foot soldiers who operated hard to ensure the party’s victory in the polls.

Mr. Agyapong said this is one of the reasons he thinks some footsoldiers decided not to volunteer and spread themselves out to vote as they did in 2016, contributing to a hung parliament in 2020.

He claims that the only moment footsoldiers are remembered is when he arrives to work on the fields.

When it comes to employment, government appointees like to employ their girlfriends and side chicks instead of foot soldiers.

He raged that this had to end, saying, “we will not agree. We have spent a hell lot of money for people to assume power and disrespect party people…” He said.

“This is what annoyed party members and they refused to vote. Party members sacrifice, you see how party members spread themselves out to campaign and worked hard but now when jobs come you don’t see these hardworking party members rewarded. You go and give it to your girlfriends … your what and what and what. It must stop! Some of us will make ourselves dead goats to save this party”.

ALSO READ  Sad Video - Remember me in prayers, I will be back very soon - Akuapem Poloo says in her last video as she goes to prison