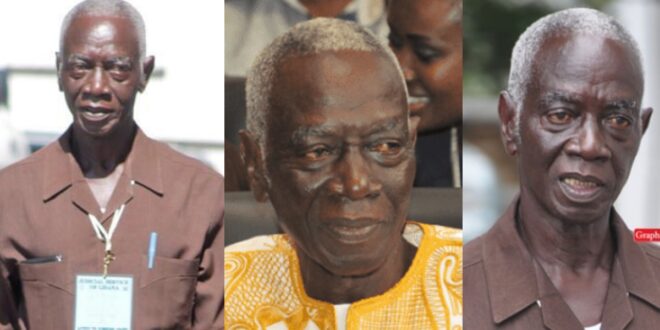 “Pray For My Father,”  Afari Gyan’s daughter shares information on his health and also requests privacy.

the daughter of the former chairperson of the Electoral Commission, has made a humble plea to Ghanaians to remember her father in their prayers.
She informed the public that her father’s health is stable and that he has been out of the hospital for several months.

Gloria claims that her father (Doctor Kwadwo Afari Gyan) is well and fit, despite early rumors that he was struggling with life. She said that what we ought to do is pray for him rather than sharing false information. She said this in an interview with Kiss FM in Jaman.

She went on to say that she was concerned with the false news being spread under her father’s name. And when he was away for a lecture, rumors circulated that he was seeking medical treatment outside of Ghana, which was completely unfounded.

“My father is good, and what we ask for is privacy. You can only pray for him,” she advised.