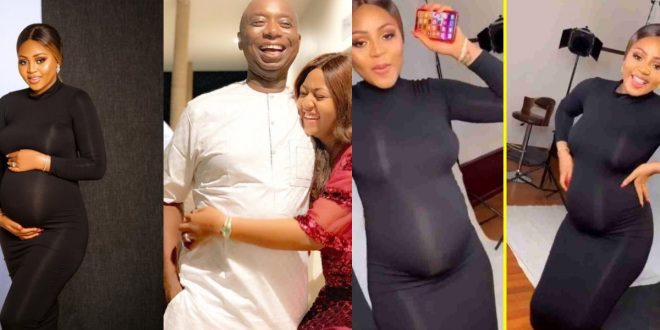 looking at how the Nollywood Actress Regina Daniels is enjoying her marriage with Ned Nwoko and even expecting her first child with the businessman, it is quite a surprise to know that some people still go about circulating that she was forced into the marriage.

Well, a man of God identified as Evangelist William has made a shocking revelation on how Regina was given to Ned Nwoko to marry out of her own will.

takin to social media, the so-called man of God made a post claiming the young actress was actually forced into marrying the billionaire by her parents who were possed by demons.

The man of God wrote;

“I am sure this is not her decision. She was coerced into it. Firstly her parents must have been very ignorant. They were blinded by two demons, deception and ignorant. They have been Altogether deceived. The forces against her are the same force that forcefully took Learh of Migeria”.