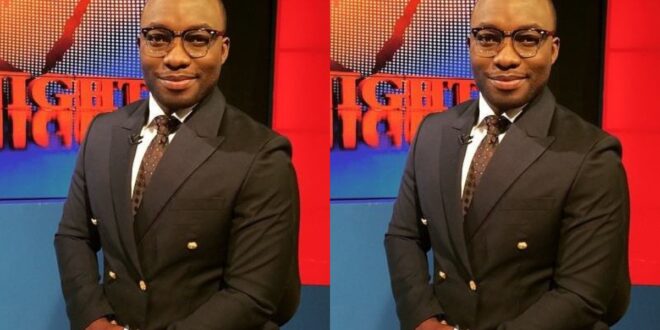 Ghanaian journalist who is an LGBTQI campaign supporter has exclusively disclosed that he is a homosexual, but because of social shame and outcry, he has kept his special preference on the low.

He had to keep that as a secret, according to the openly admitted [email protected], Ignatius Annor, who currently works with Euronews, since he worried most of all that he would be booted out of his job because Ghana’s constitution seriously frowns on gaysm.

Ignatius also revealed that when referring to Joynews, he used to ignore the idea that he was an LGBTQI activist and a gay individual because of the climate he faced himself and what would have occurred to him if he dared to allow such public announcement.

He said, in the center of the discussion,

This is going to be the very first time I’m using the media to state that not only am I an African sexual minority rights protester, as you’re going to label the LGBTQI culture, but I am gay.

Obviously, because I was scared of losing my career, I worked at an awesome TV station in Accra, and also for fear of what was going to happen to me directly, I refused it.

He also stated in the interview that his relatives and community members are disappointed with his stance.

What my community asks for is the love of opportunity, like all love of humanity, particularly in the case of hetero-sexuals in Ghana.

It doesn’t feel like I’m a human person who needs the right to live, the right to education, and generally the universal rights to be allowed to travel, drive to anywhere I want to go as an openly gay man in Ghana, it doesn’t feel okay, it feels dehumanized and horrible.

ALSO READ  Fella Makafui increase her guest list ahead of her wedding with Medikal.

Pressing on, he went on to reveal that when he returned to Ghana to work, he was quite pained only to be refused employment prospects because of his community’s assumptions that he was homosexual.

His mother is against his association with the LGBTQI, as per his narration, and has told him in 2017 that it is demonic. He feels, though, that his mother is misunderstood by the public’s wrong perception of him.