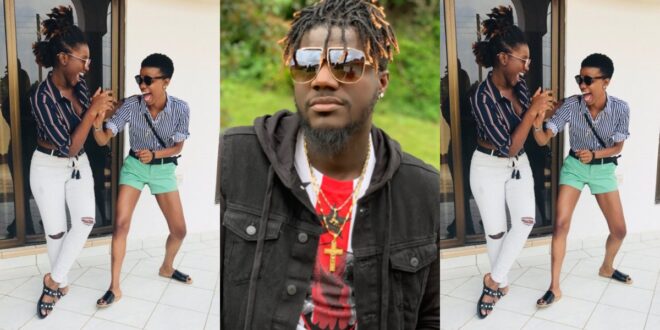 Ghanaian rapper Pope Skinny has alleged on his new YouTube channel that Ebony was killed by the gods of her hometown because of lesbobo (lesbianism).

According to Pope Skinny, the Sunyani gods were angered when Ebony slept with her girlfriend, Franky Kuri, during their visit to Sunyani to see Ebony’s mother, which the gods firmly disapprove of.

In the video, as we sighted, the Asuoden leader also notes that he had a strong friendship with the late princess and that he knew everything there was to know about her until her unexpected death three years ago.