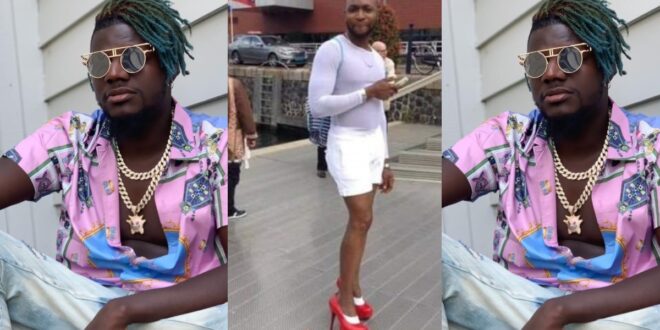 In a Facebook live, Black Jesus, who has proclaimed his identity as bisexual, called out rapper Pope Skinny for still being homosexual.

According to Collins, Pope Skinny used to frequent Epo nights club’s “gay nights” events for lesbians, and Skinny was present at all of the gay nights that were organized.

During one of his Facebook live segments a few days back, Pope Skinny was seen thrashing the LGBTQIA, and he also chastised the late Ebony Reigns for being murdered by the gods of the Brong Ahafo area while she was committing lesbianism with her friend Franky.