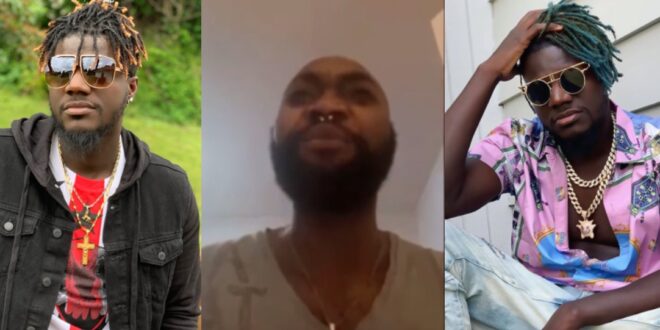 To prove his allegations that Ghanaian rapper Pope Skinny is transgender, self-proclaimed Ghanaian Gay President has finally released a picture of Pope Skinny.

In a video released a few days ago, the self-proclaimed Ghanaian Gay President leveled several charges against Pope Skinny and one of President Nana Akufo-daughters. Addo’s

Pope Skinny is gay, according to him in the song, and he used to go to a gay night in Ghana with his gay girlfriend.

He also said that one of President Akufo-daughters Addo’s is a lesbian.