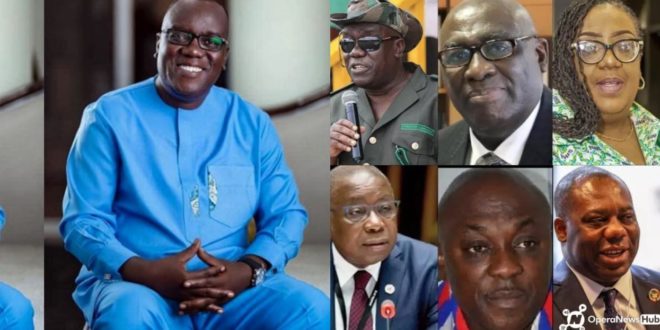 The year 2020 which doubles as an election year for ghana would forever be remembered due to the strange happenings – the Covid 19 pandemic which has claimed many lives to be counted.

Aside from people dying out of the virus, here in ghana other have died strangely and it has drawn a link with this year being an election year since most of these strange deaths are politicians

it has however been observed that a good number of politicians pass away every year ghana is to hold a general election and it is becoming a tradition.

As we approach the December poll with less than three months to go, we have lost two High Profile political players within the space of just two to three weeks.

Others have died this year following a tradition of notable politicians dying in election years.

Watch video compilation of the deaths below: