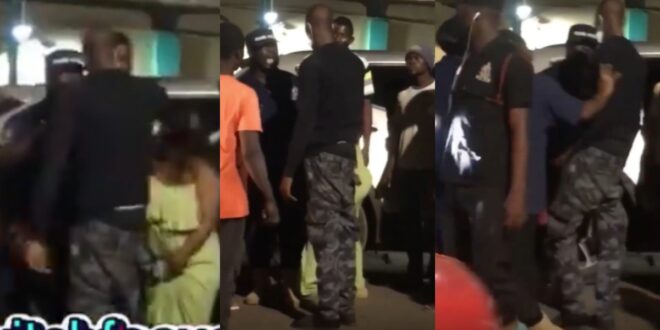 A drunk Police Officer has allegedly hit a woman with his car as his colleague rushes to his defense.

according to reports attached to the video as we sighted, a colleague police officer rushed to his defense when people around started confronting the drunk police.

it appears that unfortunately for his colleague, one of the witnesses slapped him like 3 times.

while the daughter of the victim is also seen disciplining the drunk police.