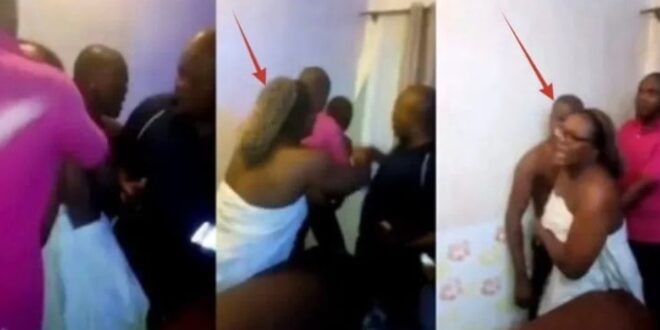 A tragic incident occurred between a policeman at the Kwabenya District Police Headquarters, his wife who is also a police woman, and an unknown man. 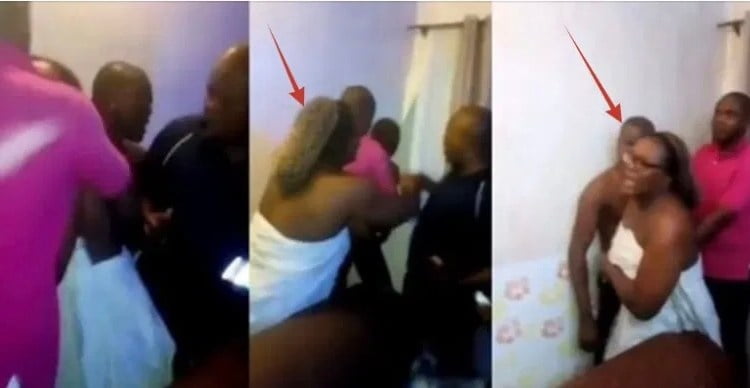 The policeman, Sergeant Oheneba Adu, caught his wife, who is also a policewoman with s3x with her sideman, with what we gathered.

the policeman caught his wife, Stg. Mrs. Adu in the suburbs of the Adenta Animal Research Area.

He went up to the place and found his wife nude in bed with another man who was smoking weed while busily bouncing her.

He confronted them boldly, but he ended up being attacked.

Mr. and Mrs. Adu were violently beaten by the boyfriend of Mrs. Adu’s who also threatened to kill Mr. Stg. Adu, who lost two of his cell phones in the process.

ALSO READ  "I have been a bad mother, i don't take good care of you, forgive me"- Gifty Anti emotionally begs her daughter.

Since then, the matter has been submitted to the station for an investigation to begin.

Police Medical Report Form was given to Sergeant Oheneba Adu to receive hospital treatment and return for further proceedings.