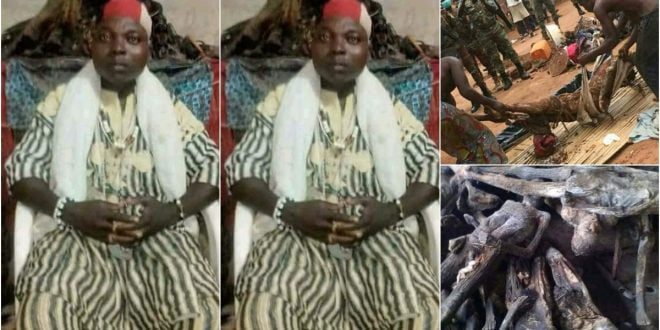 Police together with Military men has discovered thousands of human skeleton and buried babies from a shrine of a Togolese money ritualist.

according to reports, the ritualist together with his assistants dries the body of their victims like fish for money rituals.