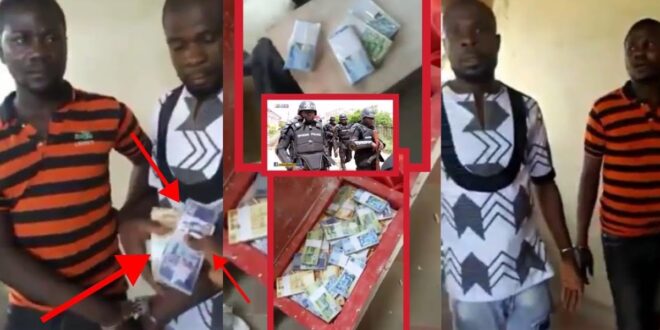 Two persons accused of being money doublers have been apprehended.

A break-in into their house was carried out by the Ghana Police, where packets of fake Ghana cedis notes were found.

The cops could be heard in the background explaining that these men usually appear on TV claiming to be able to double your earnings.

In fact, the money they are showing is counterfeit.

Bundles of Ghana cedis bills of various denominations were removed from special bins.

Handcuffs were put on the two men whose identities are unknown.

Suhum, a town in the Eastern country, is reported to have been the scene of the incident.