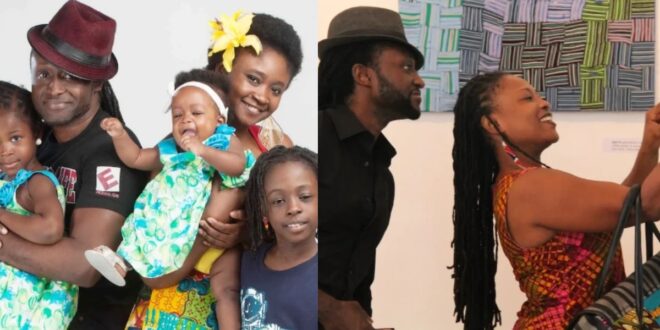 Reggie Rockstone is a well-known rapper and dancer from Ghana.

He is also an accomplished businessman, a husband, and a parent.

It is worth remembering that he was one of the original members of the Hip-life Movement, which began in 1994.

Zilla Limann, a qualified medical doctor, is the talented singer’s wife. She is, interestingly, the sixth child of Ghana’s third president.

The couple shares a lot of interests, particularly their passion for art and music. Reggie Rockstone’s wife and the singer all went to the same elementary school, Soul Clinic International School, and high school, Achimota.

A son and two daughters are the couple’s kids. Reggie Rockstone’s first wife has an older daughter with the singer.

see pictures of Reggie and his family below.