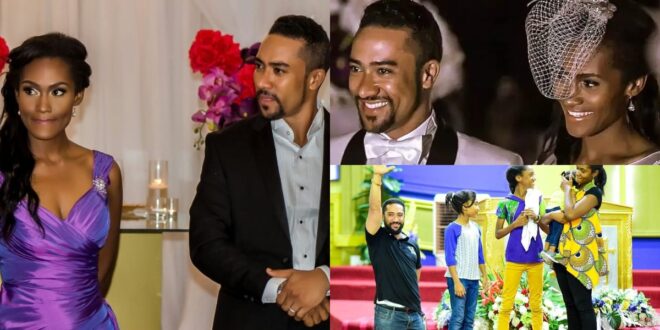 Pictures of Majid Michel’s wife who has been with him since 2005.

Majid Michel is widely recognized as one in Ghana’s best actors of the last two decades.

Despite his acting abilities, he is still an attractive guy, as shown by the many beautiful women who have fallen in love with him.

Majid is one of the few actors who keeps his personal life private from the public eye.

Many people think that he is single, but this is not the case.

The well-known actor is happily married, but who is the lovely lady who captured Majid’s heart?

Virna is her name, and she has been Majid’s partner since 2005. Their union has resulted in four beautiful children.

Majid’s wife’s age is uncertain, although she is thought to be about the same age as he is.

Virna is also a pregnant clothing manufacturer, which is a fascinating aspect about her. She creates high-quality clothing for expectant mothers. Majid is not the only one in the family who is gifted and imaginative.

The Ghanaian superstar and his wife, Virna, seem to be in a loving relationship.