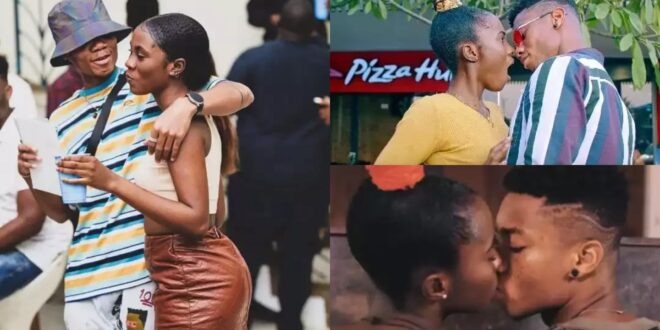 Dennis Nana Dwamena, professionally known as KiDi, is a performer of Ghanaian highlife and afrobeats. KiDi, who is well known for his hit single ” Odo” is signed to  Lynx Entertainment’s  record labels. KiDi has received multiple prizes, several of which include the Ghana Music Awards 2019 male vocalist of the year. He sings to leave an impact, and he is impressive. His songs express pleasure and relieve the pressure of living.

Christie Quincyna Quarcoopome, known as  Cina Soul by many, is a Ghanaian singer who started her musical journey when she entered the Vodafone Ghana Music Icons in 2014 and became a finalist. Cina Soul has published various albums, including ” Metanoia”

She was tremendously active in the Black Girls Glow Initiative, which Dzyadzorm and Poetra Asantewa launched in 2017.

“In December 2017, Cina Soul appeared alongside Nana Yaa at the “Ghana Goes Germany” at the Allianz Awards, the Goethe Institute, and at the 2017 Vodafone Ghana Music Awards.

Together, these two celebrities look adorable and many Ghanaians believe they’re dating.

After Lynx Entertainment released the film ‘Sugar’ that starred Kidi and Cina, the two actors were speculated to be dating, but a few days after the release of the film, both cleared the air that they were not dating. They let it go, but several people were not persuaded.