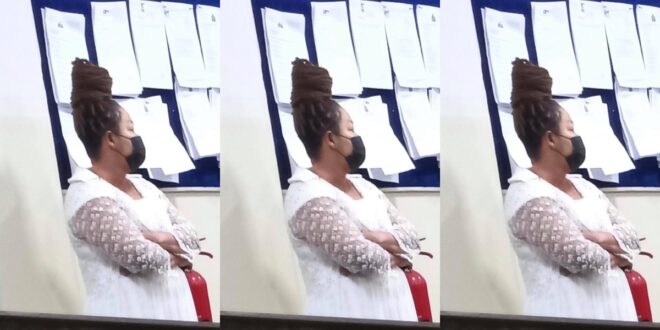 Nana Agradaa’s enemies are happy over her picture.

Following her arrest by the police, a slew of people have come forward to tell how she defrauded them of huge amounts of money through her “Sika Gari” scheme.

A snapshot of the well-known fetish priestess has surfaced on social media.

Rev Obofour has already taken her to arbitration for slander, but she is in even more danger.

She was spotted in the picture at what appears to be a police station, and she was clearly feeling ‘hot.’

She stood with her arms slung over her tummy, watching what was going on in the background.