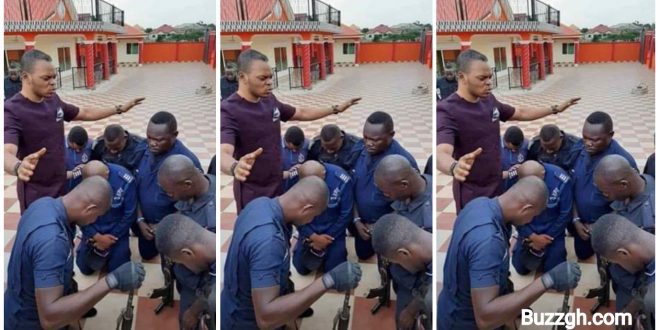 Yesterday, there were reports that Obinim has been arrested by the Ghana police.

During the arrest, the Angel fakes been sick and unable to walk so was taken to the hospital instead of the police station.

A new photo that we have spotted making waves online has the Angel, praying for some police officers who were knelt before him.

See the picture below.