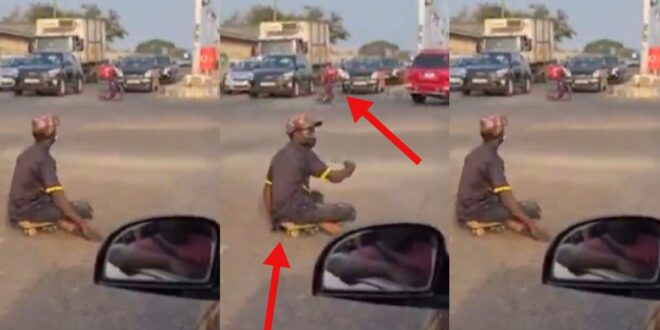 In a recent video viral on social media, two physically disabled young men are filmed directing traffic on the road, proving that disability is not an inability.

There was not a traffic light nor a police officer directing traffic in the video.

Two guys, however, who were caught on a wheelboard, which is typically used for those who are unable to walk, were in charge of the traffic.

They were seen not taking any money from any driver, demonstrating how dedicated they are to their job and to their country.