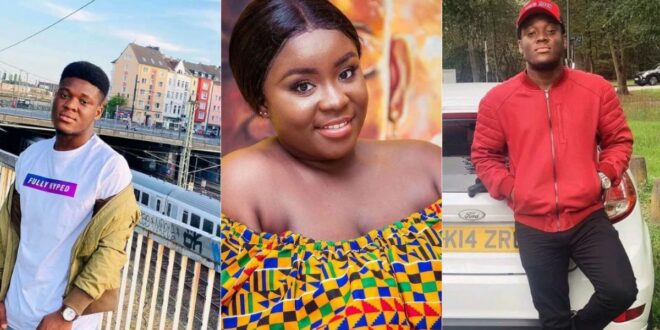 Photos of handsome Boy believed to be Maame Serwaa’s Boyfriend.

Actress Clara Benson, known as maame serwaa in the entertainment industry is just 20 years of age despite all her exploits in the movie sector.

In past interviews, Maame Serwaa revealed that she does not have a boyfriend and that as a good Christian, she considers the Lord Jesus as her personal boyfriend.

Pictures of a nice gentleman have surfaced online and it is believed that he is the boyfriend of the actress.

The pictures are being circulated by one Mr. Authentic on the PHX news feed.