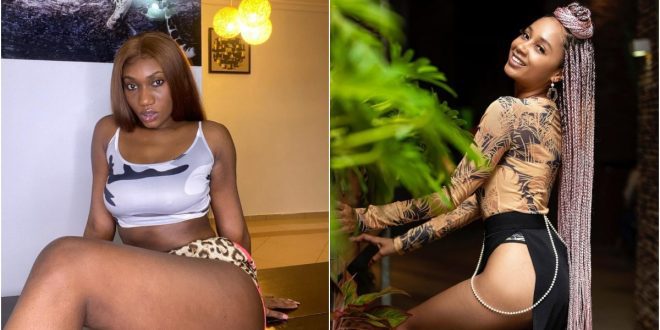 A photo of 24-Year-Old Wendy Shay Looking Older Than 35-Year-Old Sister Derby has surfaced the internet.

Afro-pop singer Wendy Shay has become a laughing stock on the internet after a new photo of her surfaced.

Netizens after this photo of the ‘Uber Driver’ hitmaker surfaced says she looks far older than 35-year-old Sister Derby.

for your concern check out the photo below and share as your view;

ALSO READ  Check out the savage reply from Wendy Shay to the female presenter who hit on her relationship rumor with Bullet.