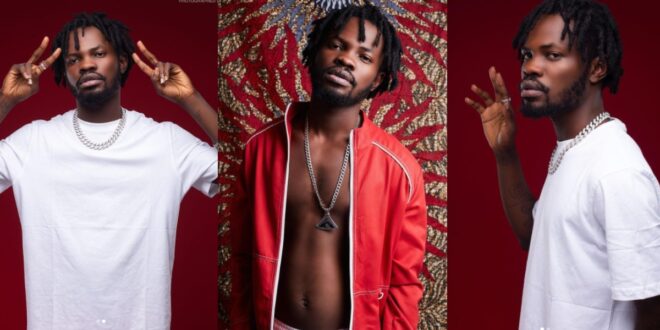 Peter Famiyeh Bozah, best known by his stage name, , Fameye regretted how people always perceive him as a poor guy only because his songs dwell primarily on poverty and life.
To react to the misunderstanding he has been dealing with since he came to the scene, he took to his Twitter account. The rapper said that, because of his music, people believe he is poor, but he does not really mind.

Although most of his colleagues sing about, among other things, passion, wealth, women, s3x, Fameye has always stood up because his lyrics reflect on the realities of life.

He wrote: “Because I talk more often about life, my people say that I am the real poverty Ambassador ⁇ smhh”
Yet we are move !!! Mo na mobl3#selfhelp, selfhelp.

Popularly known as the webmazta; Cobby Collins is an established web designer, a computer instructor, and content creator. You can contact him via email cobb[email protected] or via Whatsapp only on +233204875306