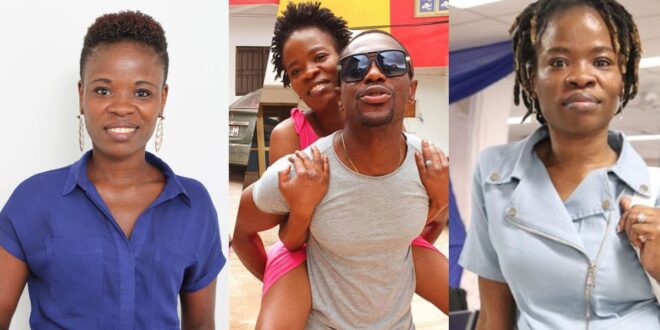 “people claimed I was ugly and barren. After a year of been married, still, I had no pregnancy”-Ohemaa woyeje

The rising Journalist and Radio Presenter with the Angel Broadcasting Network (ABN), Ohemaa Woyeje has been dynamic and hardworking in the media space in recent years.

She started working at Top FM and later advanced to the Multimedia company.

Ohemaa Woyeje is known for her ingenuity in translating her culture to English as well as other languages such as Ga, Ashanti Twi, Ewe, Swahili, Dagomba, Amharic, and Arabic. It is real, Ohemaa has a big heart and has many things in common with many who are being chosen as role models.

While attending a recent interview with famous blogger and Youtuber, Zionfelix, Ohemaa discussed her own problems with her job as a radio presenter and certain adversaries who tried to ruin her marriage.

Few people mocked her beauty on a regular basis, but she never got angry and it was the only way they could get her down and furthermore, she is not the sensitive kind of woman who gets upset by critics because her self-confidence is too strong for that.

“Before I was about to get married, a certain blogger said I
had performed abortions which corrupted my womb so I could never give birth” she said

“So after getting married for a year and I wasn’t able to get pregnant, i was very depressed and went through hell but God being so good to me after 1 and a half year, I was able to get pregnant and conceive soundly” Woyeje said this in a the interview.