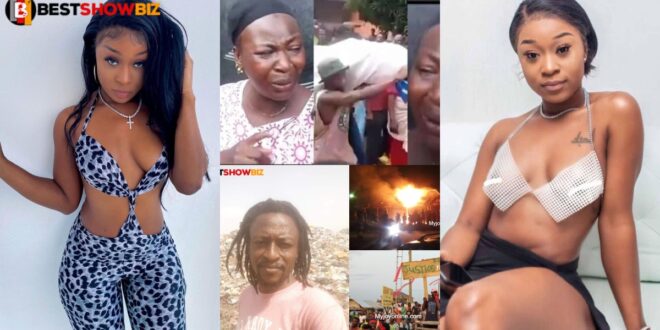 Ibrahim Kaaka Mohammed and others were killed in Ejura, and Efia Odo wept.

The socialite and activist claims it is her fault that people have died as a result of the FixTheCountry program.

Some individuals have been blaming Efia Odo and the FixTheCountry conveners for the Ejura crisis, according to her.

Some social media users have claimed that she has blood on her hands because people have died as a result of her Fix the Country agenda.

According to detractors, Kaaka would not have died if Efia Odo and the FixTheCountry campaigners had not launched their agenda, and hence the Ejura killing would not have occurred.