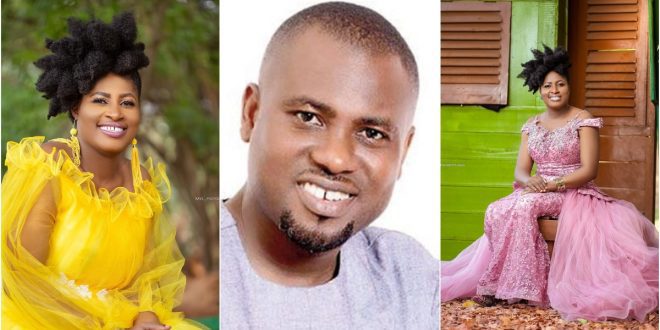 Patience Nyarko is being possessed by a demon- Abeiku Santana (video)

speaking on the matter on Okey FM, Abeiku Santana pleaded to all gospel artists not to seek worldly fame but concentrate on projecting the word of God through their songs.

Abeiku Santana blast Patience Nyarko for not being be vigilant and allowing herself to be possessed by the devil leading to the attack on Joe Mettle in order to bring the downfall of Ghana’s gospel music.

He further added that the comments by Patience Nyarko that Joe Mettle is overhyped in the Gospel music scene to the extent of saying he sings songs by other churches were the least expected of her to say.

He described her actions as a satanic approach to destroy God’s children adding that all plots to bring Joe Mettle down will not survive since they will forever stand by Joe Mettle in prayers.

“… that demonic attack on Joe Mettle will not stand. We will stand in and pray with Joe Mettle”. Abeiku Santana said.