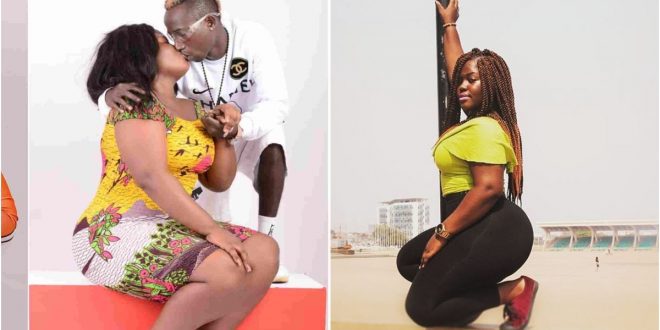 “Patapaa could last in bed for 3 hours” – Queen Peezy

The ex-girlfriend of ‘one corner’ hitmaker Patapaa, Queen Peezy has revealed the abilities of Patapaa when int comes in bed. according to her, Patapaa is a sex beast and she liked that about him.

Speaking in an interview on Angel TV, Peezy said Patapaa could chop her for 2-3 straight hours with his ‘big and long manhood’ without getting tired.

She added that, She derived the utmost joy and pleasure in bed with Patapaa and doesn’t think she will ever be satisfied by any man like she got from Patapaa.

“I won’t lie to you, but Patapaa can last for two to three hours in bed. When I go to his place, I put my phone off for the bouts. Patapaa dishes out different styles to me and that made me feel like a real woman.” she said.

Queen peezy said although she has moved on but she still misses Patapaa and that it’s rather unfortunate they have broken up. She also remarked that she was shocked when Patapaa denied knowledge of her in public after all their sweet moments.

She used the opportunity to apologize to Patapaa to forgive her if she has done anything wrong to him.