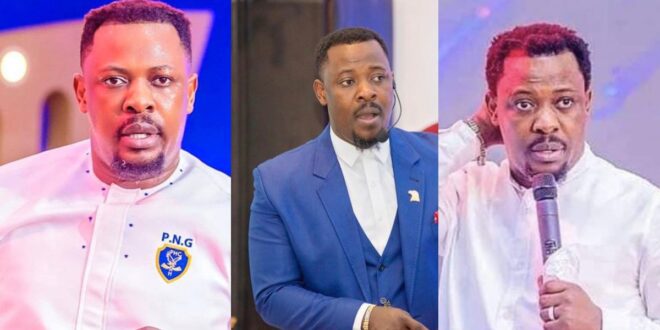 Men of God, according to Prophet Nigel Gaissie, should stop relying on their members and work hard for their own money.

During one of his live TV sessions, The Prophetic Hill’s chief and founder confirmed that he makes his own money to live a decent life.

Pastors used to be fed by their congregations, but that is no longer the case, according to him.

He mentioned that he owns a Bible school, a television station, and is about to open a remedial school to supplement his income.