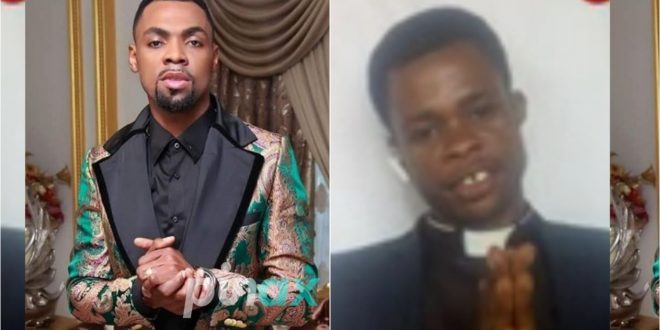 Pastor Elisha was arrested and sentenced to jail weeks ago after he falsely accused the founder of Anointed palace Chapel Rev. Obofour of occultism which he later confessed he was lying. check it out

A lot of people have called on Rev. Obofour who was the force behind his arrest to temper justice with mercy and set Pastor Elisha free.

Among those pleading, is the Kumawood actress Naana Brown who has added her voice to the story and begged Rev. Obofour to set him free from prison. she added that the bible talks about forgiveness and therefore doesn’t see the need for Obofour pressing charges against Elisha.

She continued that the preacher is now going mad in prison custody and she is finding out which injection he has been given that is making him behave in such a manner.

She further questioned what Rev. Obofour stand to benefit if he wakes up one day to hear Elisha has been abused in prison and has led to his arrest.