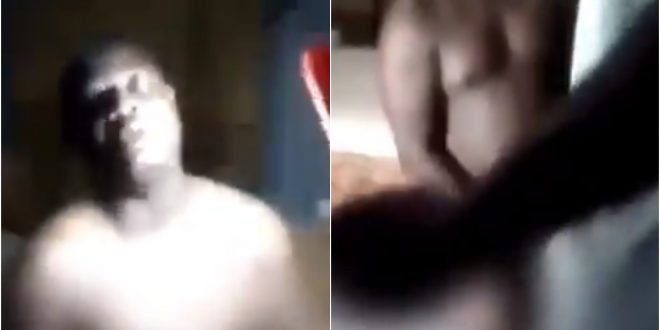 Pastor caught red-handed attempting to sleep with a married woman

A popular Nigerian pastor has been caught red-handed in his attempt to lay with a married woman believed to be a member of his church as he was seen completely naken on the woman’s bed.

per the reactions at the comment session of the video which was posted on Twitter, the said pastor, whose church is in the Ondo State is fond of that habit as many claims he has been laying with many married women in the state.

from the video, the man of God could be head begging they should not take videos and pictures of him as he is a popular pastor and afraid it will go viral. he was also subjected to severe beatings by the people who caught him.

on the other hand, it seemed the people left the married woman untouched and it has raised controversies that the whole scene was a set up in exposing the pastor of his fornicatory act.