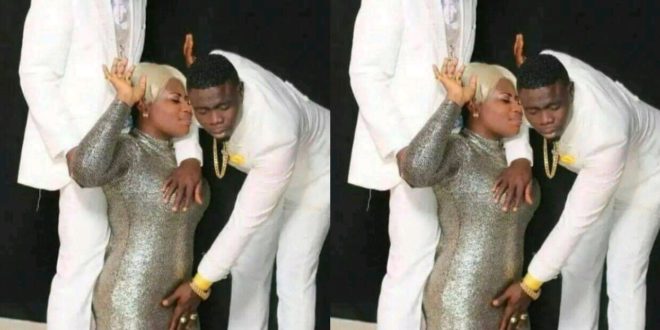 Infamous pastor blinks – the man of God who went viral after photos captured him shaving the private part of a female member – is back in headlines after walking out of a live interview.

Blinks – who used to be a movie director before his so-called calling, was among the special guests to appear on Mona Gucci’s link-up show which is aired on Kantanka TV on Tuesday, 20 October.

ALSO READ Wendy Shay now the woman with the longest hair in the world!

An infuriated Blinks would angrily walk out of the studios during the course of the interview on that day while his aforementioned viral footages – which happened to be scenes from a movie – was being discussed.

Host Mona Gucci trigered fury in pastor blinks after asking him when was the last time he shaved a lady’s pubic hair a in real life and also giving the platform for other panelists to condermn him.

After Pastor Blinks walked out of the show, Frank Fiifi Ghabin and Prince Elisa Osei Kofi who were among the panelists stated that he did that just to trend.

watch the video for details: