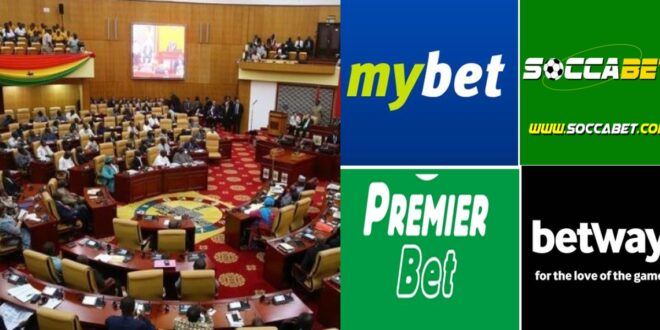 Parliamentarians in Ghana demanding that sports betting be banned in the country.

The Ranking Member of Parliament’s Finance Committee advised the government that prohibiting rather than regulating sports betting would be safer for the country.

According to the member of parliament, sports betting is killing the youth of the country and does not need to be promoted in any way, let alone taxed.

“Today in Ghana, we are lamenting the fact that gambling is ruining our youth. I’ve read a few papers on the topic. On Joy News, he said, “I would have hoped the government would come up with a bill restricting, if not outright prohibiting, gambling.”

The former deputy finance minister went on to say that the government could not prioritize tax generation at the expense of the people.

“Running a country isn’t just about making money. You must still safeguard civilization.

The Exemption Bill alone has the potential to generate 2.5 percent of GDP. Instead of pushing the exemption bill, the Ghanaian government has opted to tax us because it is easier.”