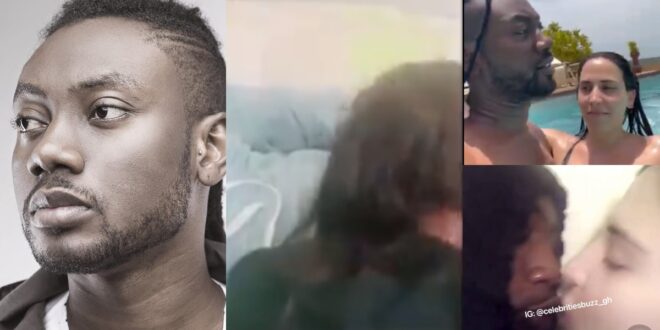 Since sharing a video of himself getting a BJ from his White girlfriend, Pappy Kojo has wanted to walk in the footsteps of Jay Bahd.

Jay Bahd, a rising Kumerican rapper, recently went viral after a video of him getting a BJ from a woman claiming to be a KNUST student surfaced on social media.

He is said to have posted the video himself.

Pappy Kojo, it seems, has chosen to follow in his footsteps.

The Fante rapper got his lollipop sucked by his White girlfriend in a recent song.