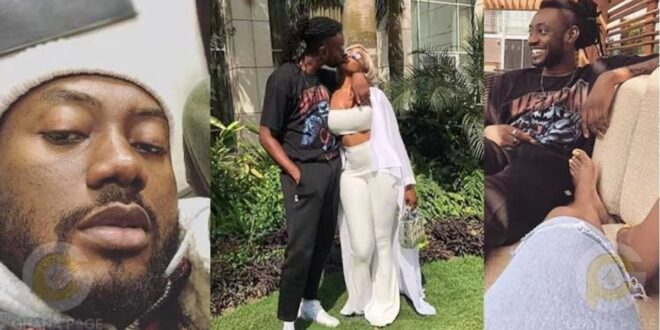 Rapper Pappy Kojo asked the Ghanaians to slow down their comments, after openly announcing that he was homosexual.

He’s an entertainer, according to the Ghanaian musician, and he knows just what to say to bring newsmakers to run after him, and he did just that.

In an interview over the weekend, Pappy Kojo told Giovanni that he was into men, and his best pal, Yvonne Nelson, used to pimp him on other guys.

Pappy came out to admit he was only kidding, on national television, after the news went viral with many asking for his arrest for manipulating the youth and practising an immoral act in the country.

He added that he had so many women at his hands that if he began to say names, it would shock Ghanaians.

”Guys let’s be calm , if I start snitching on the girls I’ve been with I will be sacked from Ghana ??, I’m a rapper I can call myself Gabriel whenever I want & I still think John is cute.” he wrote on IG.