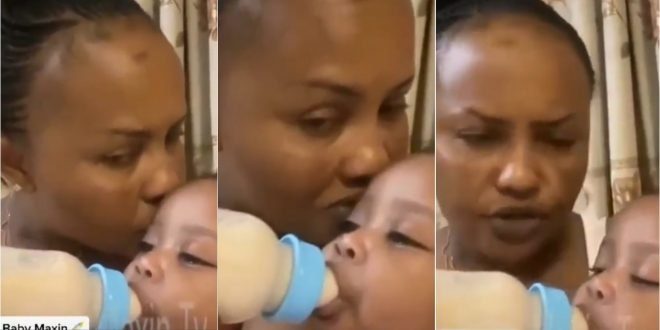 Popular Ghanaian actress Nana Ama McBrown has gotten a new name after another video of her licking her daughter, Baby Maxin popped up.

Mcbrown in the video as we sighted was seen feeding her beautiful daughter as she kept on showing her some love.

Mcbrwon was seen kissing Maxin as she once again licks her face.

Nana Ama Mcbrown first received some backlash from some media users after a video of her licking the hands and face of her daughter popped up.

this time, the second one has landed Mcbrown many names as some fans calling her ‘Otafere Gya’.

watch her video below and read from the comment section;