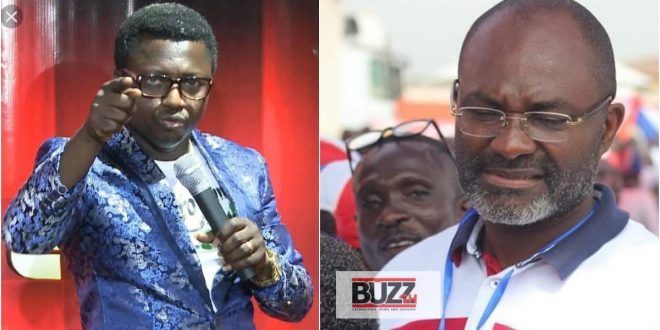 Hon. Kennedy Agyapong in a video as we sighted has alleged that the founder of Ebenezer Miracle Worship Center, Prophet Ebenezer Opambour aka Prophet 1 is also a fake pastor like Bishop Daniels Obinim.

we all know Kennedy Agyapong has exposed Obinim recently on his TV station proven that he is a fake pastor.

well, in a new video, Kennedy stated that every pastor who sell things in his church like, anointed oil, water, band, and others are all fake pastors.

mentioning names, Kennedy made mention of Opanbour, Obinim and some other pastors as fake.