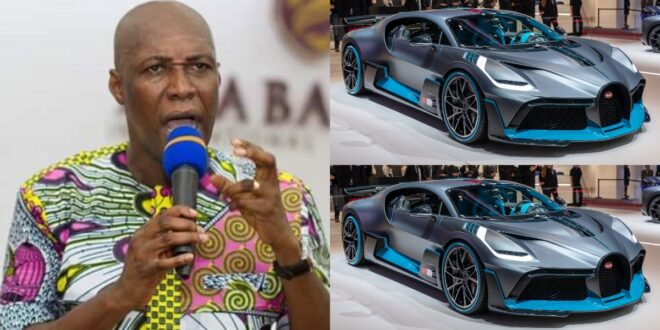 “Only F()0ls k!ll their parents for Camry, i will have bought Bugatti if i do sakawa”- Prophet Kofi Oduro

It is a well-known fact that some today’s youths engage in the wicked act of exchanging their parents for money, with mothers being the most common victims.

In response to some speculation that he might be involved in the ritual, the man of God stated in his YFM submission that if he were to engage in any kind of money ritual, he might show up in a Bugatti, Bentley, or other high-end vehicle.

He went on to brand young men who murder their mothers for money and then drive Toyota Camrys as fools.