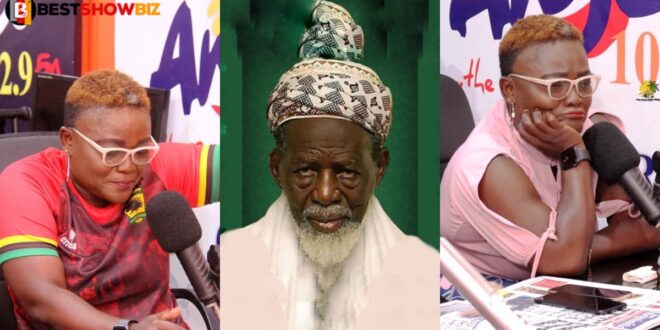 Nana Yaa Brefo has slammed assertions by the Ghana Police Service that Ejura is now peaceful after yesterday’s mayhem.

When residents protested the murder of a social media activist in town, the Ghanaian military entered the area and shot people dead.

Protesters going home from the burial of the social media activist were shot by the military.

Police were dispatched to the town after the military massacre to maintain order.

Even though there is tranquility in the town, Nana Yaa Brefo warns the police not to mistake it for peace.

She advised the state to fly the National Chief Imam there to restore peace, speaking on the Anopa Bofuo show on Angel Fm.

Only the presence of the Chief Imam, according to the fiery media personality, can bring Ejura calm.