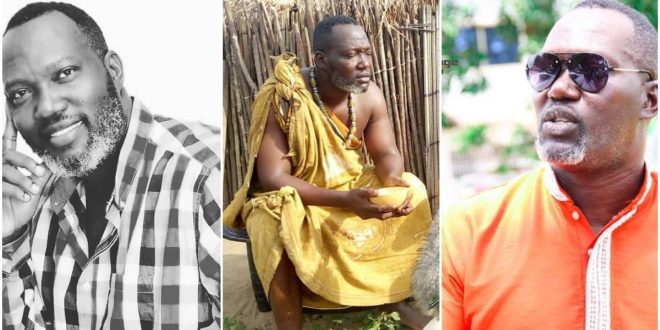 The One-Week Celebration post of the late actor Bishop Bernard Nyarko has finally been revealed.

Bishop Bernard Nyarko died Saturday 2nd May 2020 which came as a shock to many Ghanaians.

in a confirmation to his death, Bishop’s Elder brother Isaac Darko said;

“When the sickness started we thought it was a mere one. He wasn’t eating; We did a lot of scans and they realized its cancer.

It means he had to be operated on, so they did it at the Okomfo Anokye Teaching Hospital. We did everything we had to do medically.

“After the operation, I still thought there was a problem but the doctors didn’t want to tell us, you know they can’t do that because it’s against their profession. I wasn’t in Ghana then, I was in the United Kingdom, so I flew down.

“They had opened his stomach and cancer had spread to other parts in his stomach. He didn’t want anyone to know and he didn’t want me to visit him at some point, not even our mum,”

see the poster below;