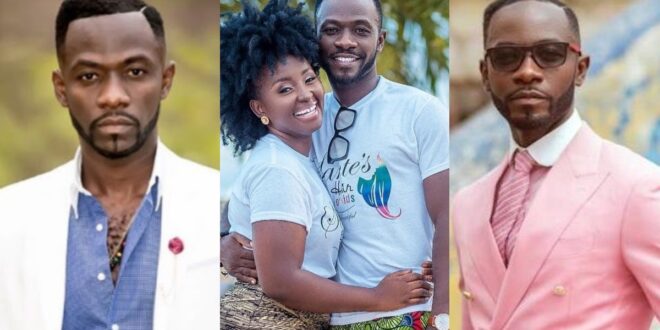 Okyeame Kwame reveals 10 reasons why sleeping with your girl before marriage is bad.

The ‘Rap Doctor,’ Okyeame Kwame, has compiled a list of ten compelling reasons why couples should refrain from having sex before marriage.

The Ghanaian Hiplife music legend, who is one of the few celebrities in Ghana with fewer marital drama, has advised men to refrain from sleeping with their wives before marriage.

Sex before marriage with your girlfriend, according to the ‘Yekoo’ hitmaker, clouds your judgment.

Okyeame Kwame is married to Annica Nsiah-Apau and they have two lovely daughters, a boy and a girl.

Read below his reasons why you should avoid sex before marriage below:

1. Sex before marriage clouds their judgement on important decisions, especially when there are red flags in the relationship that need attention

2. Waiting until marriage preserves the sacredness of sex between the couple

3. Not giving in to their desires teaches the couple self-control, which also helps them avoid the urge to cheat with others

READ ALSO: Medikal dash Shatta Wale one room in his newly built mansion.
4. Avoiding sex saves either party from “feeling used” should the other call it quits

5. An unplanned pregnancy and/or STD, which can cripple an otherwise healthy relationship, will not be an issue

6. Avoiding sex helps them focus on building the emotional, psychological and spiritual aspects of the relationship

7. Should a break-up become necessary, soul-tie consequences will most likely be avoided

8. Neither party would have to live with sexual guilt or unnecessary awkwardness

9. Avoiding sex before marriage keeps the couple focused on their marriage plans

10. The discipline and self-control to avoid sex before marriage builds trust for when they are married.