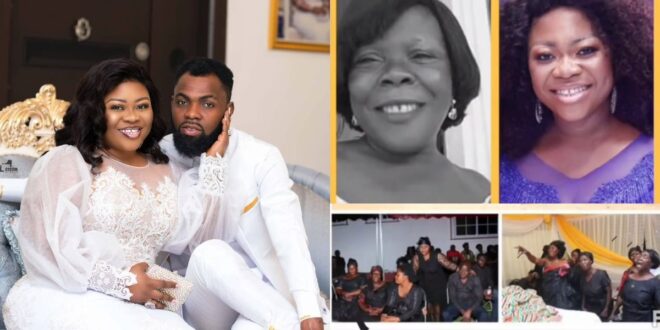 Reverend Ciara Antwi, Reverend Obofour’s wife, has remembered her late mother in a special way today, May 9, 2021, which is Mothers’ Day around the world.

Ciara Antwi, better known as Bofowaa, posted some throwback pictures of herself and her mother in an emotional video made with photos.

She also shared collaged pictures of herself and her mother, both of whom were beaming with joy and bore a striking resemblance.

The video also included images from Bofowaa’s mother’s funeral, which drew tens of thousands of people.

Another image from the video showed Bofowaa’s mother in the front seat of a car, babysitting her daughter’s first child.

ALSO READ  Check out pictures that capture M.P Zanetor Rawlings as she is still in her sixteens