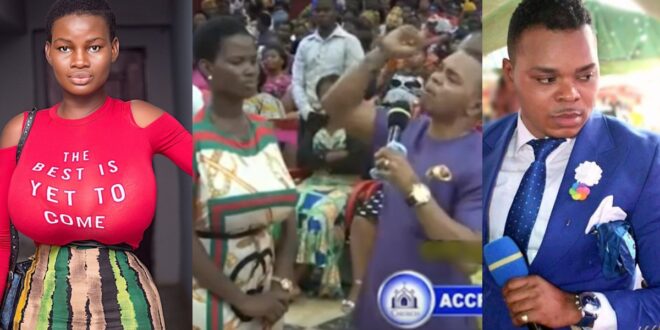 Pamela Odame Watara is a Ghanaian actress and Instagram model who became popular for her enormous front sizes (heavy breasts).

Pamela Odame was spiritually attacked by dwarfs in her family, according to Angel Obinim. As a result, he cared for her and delivered her from demonic threats, as well as providing her with a home.

Pamela, on the other hand, has now come out after two years to reveal the pastor’s phony side.

She admitted that her life has never been the same since Obinim appeared to have saved her from demonic assaults years ago.

On Sunday, March 7th, 2021, she revealed this mystery in an interview on Accra FM.

“The spirits in my family have not left me and things are not ok with me. I will not lie, I haven’t seen any changes, I would gladly go to his church and give testimony to glorify God if I had seen changes.” She said.