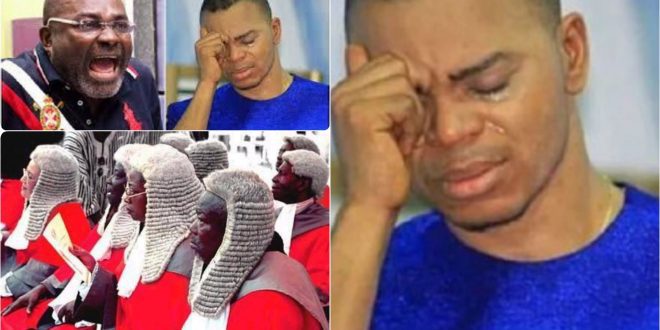 Obinim to appear in court today to Kennedy Agyapong’s charges.

The head pastor of international God’s was ministry, Bishop Daniel Obinim, is to appear in court today to face some charges leveled against him by the member of parliament for Assin Central, Kennedy Agyapong.

He has been charged with publication of false news, as well as forgery of a document contrary to Sections 208 and 159 of the Criminal and other Offences Act, 1960 (Act 29).

The man of God was in police custody last week after he was arrested.

He controversially pretended to be sick to avoid jail but to no avail.

He was granted bail and was scheduled to appear in court on the 1st of June 2020 which is today.

we wish him best of luck.