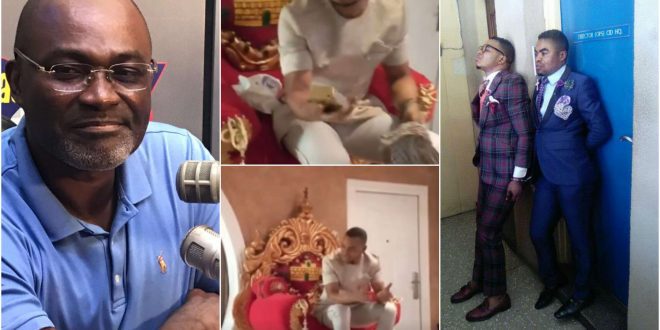 Obinim reveals the reason why he could not vanish from jail.

Angel Obinim, has been in the news for this past few weeks over his fight with loud mouth politician Kennedy Agyapong.

He was arrested for some of the allegations leveled against him by the member of parliament.

One thing that most Ghanaians expected was for Obinim to do some of his Angelic works and make his way out of jail which did not happen.

He spent 3 nights in police custody and even struggled to get people to bail him out.

Speaking on why he could not do some of his Angelic works in Jail, the man of God declared that the fight against Kennedy Agyapong was not sanctioned by his father Jesus and for that matter he could not escape from jail.

He added that the fight was a physical fight not a spiritual one and for that matter, doing spritual works was not going to work.