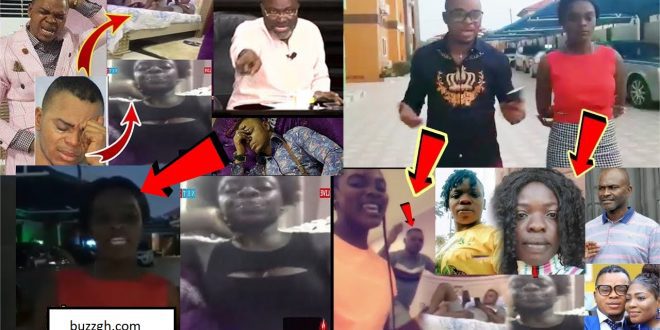 “Obinim is my Biological father”- the lady in bedroom video tell Ghanaians.

Obinim has come out with his defense against allegations that he has been sleeping with women in his church.

One of the ladies whom he claims is his daughter has come out to say Obinim is his Biological father.

The lady identified as Grace in a video she made with Obinim revealed he is her father and that she is called Grace Obinim.

Obinim disclosed he will be sending Grace to join his wife abroad after she completes university at central university.