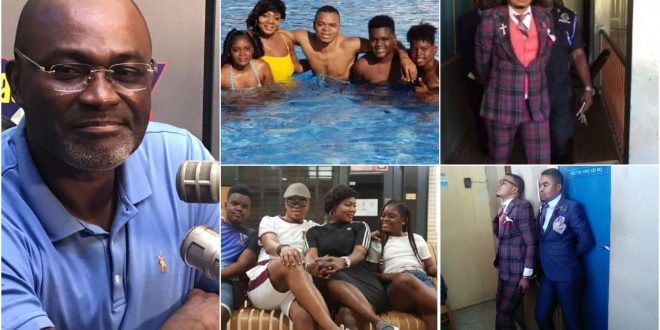 The Member of parliament for assin north; Hon. Kennedy Agyapong has revealed in an interview yesterday that the founder and leader of International God’s Way Ministries, Angel Obinim should be arrested for his crimes.,

According to the honourable member of parliament, Obinim is a money Lauderer and have been evading tax for years.

He said Obinim has been lauding money with the help of one Esther who works at Fidelity Bank inside A N C Mall in Accra.

He revealed that the time has come for Obinim to pay for his crimes and he will make sure he does.