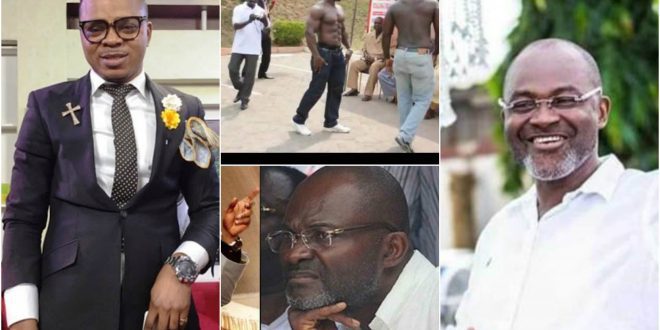 Obinim dares to beat Kennedy Agyapong and his boys (video)

The ongoing beef between Kennedy Agyapong and Obinim is still ongoing and it seems from all angles that the Politician is leading with a comfortable lead.

Obinim, however, has responded to some of the things Kennedy Agyapong said and during his response, he made it clear that he will beat Kennedy and his boys should they try and collapse his church.

He added that he will have held a church service if not for the president’s directive to halt all social gatherings.

ALSO READ  Yaa Jackson was heavily trolled for posting a photo of herself n*de on social media.
Share