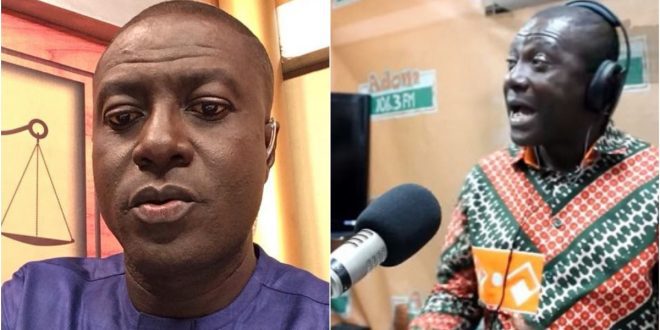 NPP And NDC Are Waste, Lets Throw Them Away – Captain Smart

The Outspoken media presenter and former employee of Multimedia, Godsbrain Smart, popularly Known as Captain Smart, has lambasted the two main political parties in Ghana, NPP, and NDD describing them as waste.

According to him, Ghana needs a third political force that will flush them(NPP and NDC) out of the country’s governance system and rise to a new dawn of leadership that would transform the nation.

“Both political parties are political waste, we need to throw them into the garbage. We need a serious third force that’s got a clear perception of where Ghana really got to go. Both of them they know me very well, yes I followed the NPP from Childhood with J A Kuffour, I remember Kromantse we were sitting on the floor with Kufuor Obetsebi Lamptey, Asamoah Boateng, I was the little boy among them and sat on the floor eating but I think both political parties have lost it”. he told Kofi Adoma in an interview.

He added further that “there’s no direction as both political parties see paying their opponent back with their same coin is the way to go. So we keep changing people without understanding their role and how they can help the country. So when we vote even toilet caretakers we ask all of them to leave and we replace them so there’s nothing like continuity”.

He corrected that his remarks are not borne out of any hatred for any of the parties but minded in the interest and ultimate good of the Ghanaian people.

listen to the interview below.